Learn here what you can do to take up the reins and master the technological innovations, before they leave you behind.

Do you feel that great innovations are happening much faster nowadays than in other times? Do you believe that, more than what we do or the way we do, these innovations have been changing even who we are?

Do you realize that the relations between countries, companies and society are increasingly closer and interconnected? Well, know that this is really happening and, according to Klaus Schwab, it is exactly what indicates that we are living the Fourth Industrial Revolution.

Find out in this summary the causes, the effects, and how it all can be noted in your daily life.

The book "The Fourth Industrial Revolution"

The book was released in 2016 and has 160 pages. It is divided in three chapters, and an appendix, which details each one of the 21 changes that will be mentioned, bringing its possible positive and negative points, other than cases where they are already being put into practice.

The work was produced from discussions and collaborations at the 2015 annual meeting of the World Economic Forum.

So it could be finished in less than three months, before the 2016 meeting, the book had the collaboration of people all over the world. As the writer says, "This truly reflects the fast-paced, dynamic environment of the fourth industrial revolution".

Who is Klaus Schwab?

The German Klaus Schwab has a Ph.D. in Economics from the University of Freiburg and in Engineering from the Swiss Federal Institute of Technology in Zürich.

He also has a master's degree in Public Administration from Kennedy School of Government at Harvard University. Beyond that, he is Founder and Executive Chairman of the World Economic Forum.

In the words of the author, this book was written for "all those with an interest in our future who are committed to using the opportunities of this revolutionary change to make the world a better place".

Leaders and Company Directors can make great use of the valuable tips of how to adapt themselves to the changes of the market. More than that, they will learn how to master the advents of the fourth industrial revolution to extract the most they can offer.

Main ideas of the book "The Fourth Industrial Revolution"

The Revolution is already happening

Schwab starts the debates about the fourth industrial revolution answering some basic questions, such as what is it, when did it start, and the challenges it will bring.

Based on the digital revolution, it began at the turn of the century and is characterized by an omnipresent and more mobile Internet.

The capital of the companies shows itself less important than in the other industrial revolutions. Companies such as WhatsApp and Instagram didn't need much investment to start. They achieved their success by being disruptive tech companies.

Other examples, like Airbnb, Uber and Alibaba, that a few years ago were unknown, show how the development of innovative companies is getting faster and faster. The iPhone, in just eight years of existence, had already reached two billion units worldwide.

The cost of the technologies used is also decreasing as they develop. At the time the book was released, the cost of 1 GB of storage averaged less than $0.03 per year. Twenty years earlier, it cost US$10, 000.

The fourth revolution is already a real and inevitable movement. According to the author, in all companies, without exception, the question is no longer "Will there be disruption in my company?" but "When will the disruption occur, how long will it take, and how will it affect me and my organization?"

A physical, digital, and biological revolution

To list trends that identify the technological advances of the fourth industrial revolution, Schwab divides them into three categories, which relate to and benefit from each other's progress.

The physical category covers technologies such as autonomous vehicles, 3D printing, and advanced robotics. Three examples that are no longer rare to find in use today.

The digital category has also been very much in the spotlight, with blockchain, the technology used by the very popular Bitcoin and NFT.

We also have the examples of the Internet of Things, which works as a bridge between this category and the previous one, and of the on-demand economy, that builds trusting business relationships, at low cost, and offers a wide variety of products and services. These are the cases of the three companies mentioned in the previous chapter.

At last, the biological category, and perhaps the most controversial, brings advances such as gene sequencing, gene editing, and in the future even the creation of "personalized" organisms.

To further specify what we are dealing with in this part, the author brings up a report published in 2015, by the World Economic Forum, which identifies 21 inflection points (moments when certain advances reach society) that will shape the future.

This report was produced through a survey of over 800 executives and experts from the information and communications technology sector. Here are the 21 points and the percentage of respondents who expect to see these developments by 2025:

While making it clear at all times that it is not possible to predict with certainty what will happen, Schwab sets out to analyze the impacts on the economy, business, governments, society, and on the individual.

In all areas, the word "empowerment" is key. All relationships depend on another party, and it is important that there is collaboration between those involved to get the best out of it.

Because of the inequalities that have long plagued the world, the wage gap between men and women, for example, could widen further. In addition, about 47% of U. S. jobs are at risk because of automation.

The author analyses that "the great beneficiaries of the fourth industrial revolution are the providers of intellectual or physical capital – the innovators, the investors, and the shareholders".

He shows the concern that only a minority will achieve job satisfaction. The younger generations are beginning to seek "harmonious professional integration", rather than just balance, and corporate jobs can end up hindering their search for purpose.

In business, there are four major impacts:

To be able to adapt to innovations, the author indicates the use of four types of intelligence:

"In a world characterized by"

uncertainty, the ability to adapt is critical – if a company is unable to move

up the curve, it may be pushed off it

Finally, it is also important to know when to slow down and simply be silent. With so many new things going on all the time, it is easy to get overwhelmed and put yourself in a constant state of stress.

The author quotes Herbert Simon, winner of the Nobel Prize in Economics in 1978: "a wealth of information creates a poverty of attention".

In the book "Gestão do Amanhã", Sandro Magaldi and José Salibi Neto teach that "Your business needs to have two growth engines, that of continuous improvement and that of innovation".

In "What To Do When Machines Do Everything", the authors Malcolm Frank, Paul Roehrig and Ben Pring reflect: "In 2030, we will remember many aspects of today's society and think: 'How could we stand that? '".

Author Martha Gabriel points out in the book "Você, Eu e os Robôs" that what really matters in a technological revolution is not the technology itself, but how it affects and changes our lives.

How can I take advantage?

Did you like this summary of the book "The Fourth Industrial Revolution"?

Did you find the changes daunting? Or are you excited about the possibilities that await us?

Which industry segments do you think will thrive the most in this phase? And do you have any idea how you can keep your business up to date? Let us know in the comments!

And, if you want to know each of the positive and negative consequences of the innovations reported here, as well as other details, click on the image below and buy the full version of the book in English: 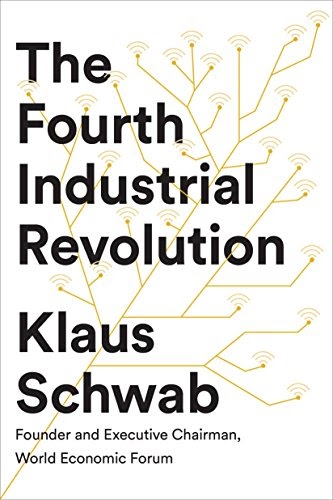