Dreams From My Father - Barack Obama

See how Barack Obama, the first black president of the world’s largest economy, remembers his journey through his origins and quest for a racial identity.

The autobiography of Barack Obama, "Dreams From My Father", is an inspiring book about the first African-American president of the United States.

Following his life since childhood, Obama shows the challenges, obstacles, and hardships he faced and how he has dealt with racism.

Are you curious about his rise to political life and all the problems he faced as a black man in the US? Follow this summary and learn more about the former president's life.

About the book "Dreams From My Father"

The book "Dreams From My Father: A Story of Race and Inheritance" was originally published in 1995, by Times Books.

This New York Times Bestseller got another version on 10 August 2004, by Broadway Books, with 464 pages about the life and career at that moment of Barack Obama's journey.

About the author Barack Obama

Barack Hussein Obama II, son of the Kenyan Barack Obama Sr. and the American Ann Dunham, was born in 1961, in Honolulu, Hawaii. He was the first African-American president of The United States, elected in 2008, and serving in office from 2009 to 2017.

He has been married to Michelle Obama since 1992 and the couple has two daughters, Malia Ann and Natasha.

Receiver of the Nobel Peace Prize in 2009, Obama is a lawyer who graduated from Harvard University. Prior to becoming president, he served as a senator for the state of Illinois in the United States for the Democratic party.

Also, he is the author of the books: "The Audacity of Hope" and "Of Thee I Sing".

The book "Dreams From My Father" is for people seeking growth regardless of their origins and prejudices in society.

It is also suitable for people who like to learn from the experiences of others and want to understand what drives them to achieve great success.

Main ideas of the book "Dreams From My Father"

Barack Obama reveals the details of his life before entering politics. Here are some main ideas:

The book "Dreams From My Father" then goes back to Obama's childhood. His parents met while studying in Kansas. They got married, had a son, and moved to Hawaii, where Barack was born. However, his father left the family when he was still a two-year-old baby.

The author introduces his mother as an independent and strong woman who fought to win in her life. She studied to get her Ph. D. while raising her son. Obama is very affectionate about his mother, mentioning the love and attention she has always had with him. After that, his mother remarried.

Barack Obama knew his father only through the stories his mother and grandparents told about the man. And since they did their best to protect the child from his father's abandonment, these stories were always of a charismatic and engaging man. Therefore, they were never about why he left.

Lacking his father, Obama was raised without the strong figure of a black man. So, when he started to suffer bullying and be a victim of racism, he believed that the oppression was normal and that it should happen that way.

He explains in the autobiography that, for a long time, when they called him black, he defended himself by saying that his mother was white. Over time, he matured and accepted himself.

Obama believes that, at the time, to say that his mother was white was to seek the approval of racist people. That, in trying to become better saying that he had the white part of the family, he further diminished the morale of the black community.

How racism can influence a person's life

The maternal part of Barack Obama's family is entirely white. And, because they tried to protect him from what could happen, he grew up without empowerment and without knowing how to deal with situations of racism.

Due to the lack of influence, he tells in "Dreams From My Father" that he believed that black people were made to suffer racism.

This self-deprecating perspective that society imposed on him led him to become involved with alcohol and drugs, as a way of trying to deal with the reality he faced.

Obama started searching for meaning for his existence, to understand who he was and where he might have a sense of belonging. The lack of identity made him accept many things. On the other hand, it was also what motivated him to seek support and representation from the black community.

Also, his grandparents put too much pressure on him to excel in school and studies. Always exceed expectations, always seek academic excellence. The challenge was great, especially when his classmates compared him to monkeys and didn't want to get involved with him.

The young man was torn between the pressure to succeed at school and please his family, wanting less and less to go to the school where he suffered racism.

Because he always excelled in his studies, Obama was accepted to attend The Occidental College in Los Angeles. There, despite having the experience of living among other black people, he still considers himself uncertain of his racial identity.

In the autobiography, Obama says he was still looking for self-acceptance. He had the opportunity to transfer to Columbia University in New York. When he moved, he promised himself that he would be more involved with the black community.

With this involvement and understanding the difficulties his peers were experiencing, Barack Obama decided that he wanted to work as a community leader with other minorities. He aimed to help other blacks who were suffering from racism in the United States while looking for self-acceptance.

The opportunity came after finishing college when he was invited to work in Chicago on a Developing Communities Project, as a Community Organizer.

There, he learned a lot about ethnicities and policies, and how to work with them to make improvements. He then saw the need to change the system. But he also realized how difficult it would be to help people and make a difference.

Besides the political difficulties of improving the situation and ending the status quo, Obama also encountered resistance from the communities he wanted to help.

People were already tired of false hopes and therefore did not accept help from strangers. Racism, prejudice, and difference in treatment showed their consequences.

Even a person similar to them trying to help, like Obama, was not well accepted. After all, it is difficult to let your guard down after so many years of injustice and oppression

He tells in the book "Dreams From My Father" that violence, and especially gangs, controlled many things within communities. This prevented him from actually implementing his improvement ideas into their lives.

Obama found his community with redemption and hope

Political problems, gangs, violence, all of these added to the difficulty of his service and also the level of stress in his life.

So, in Chicago, Barack Obama went to a church. There, he discovered a sense of belonging to a community, which was where he received acceptance. In the history of Christianity, he also found the themes of redemption and hope and related to them.

The church becomes very important in Barack Obama's life. It was a pillar to help address all the obstacles and challenges he would encounter in his work in the coming years.

It was through this relationship with Christianity and Jesus that Obama understood and accepted his racial identity more. After that, he applied and was accepted into Harvard Law School.

During his time in Chicago, he was greatly influenced by the community he worked in. Hence, he understood the need to heal wounds from the past.

His coexistence with the church helped him understand the path of success of many black Americans and how it had required a great deal of faith and sacrifice from all who went through it. In his quest to heal the wounds of the past, Obama then seeks to learn more about his father.

Obama met his brothers from his father's side and understood a little more about the man, what he was like, and how he raised his children. He tells about his grandfather's troubled relationship with his father and that he realized how complicated he was. After all, his father was a mystery to him since he was a child.

By learning more about family history during the colonization of Kenya, he was able to see many connecting points with his own history. The discovery of identity, the search for belonging, and the lack of empowerment are present in both stories.

Obama presents in "Dreams From My Father" the idea that racism found in the USA is not derived from a loss of Afro culture in the descendants. In fact, it is the result of a culture of submission, imposed even before they arrived in the Americas.

The search for acceptance and freedom is part of the history of Africans. It also goes to Americans who are of African descent, even if subjectively.

That's why the Kenyan people and their struggle for independence make Barack Obama identify the struggle of black Americans for better conditions and to put an end to racism.

Obama tells his autobiography that he realized how he was connected with his brothers and relatives, even though they were people he had never met. This was because they shared similar experiences, wishes, and ambitions.

Also, Obama met his half-sister, Auma. A very intelligent woman, he said, who was always questioning herself and was often considered bitter. She helped him to better understand their connection and the late father they shared.

Barack Obama affirms, from this experience, that the past is never really in the past, it is always alive in people's memories.

He seeks to make readers aware of the treatment they receive: the way and the differences with which a child is treated are responsible, in large part, for the person he may become in the future.

Finally, the book concludes with scenes from Barack's marriage to Michelle and his work as a lawyer. 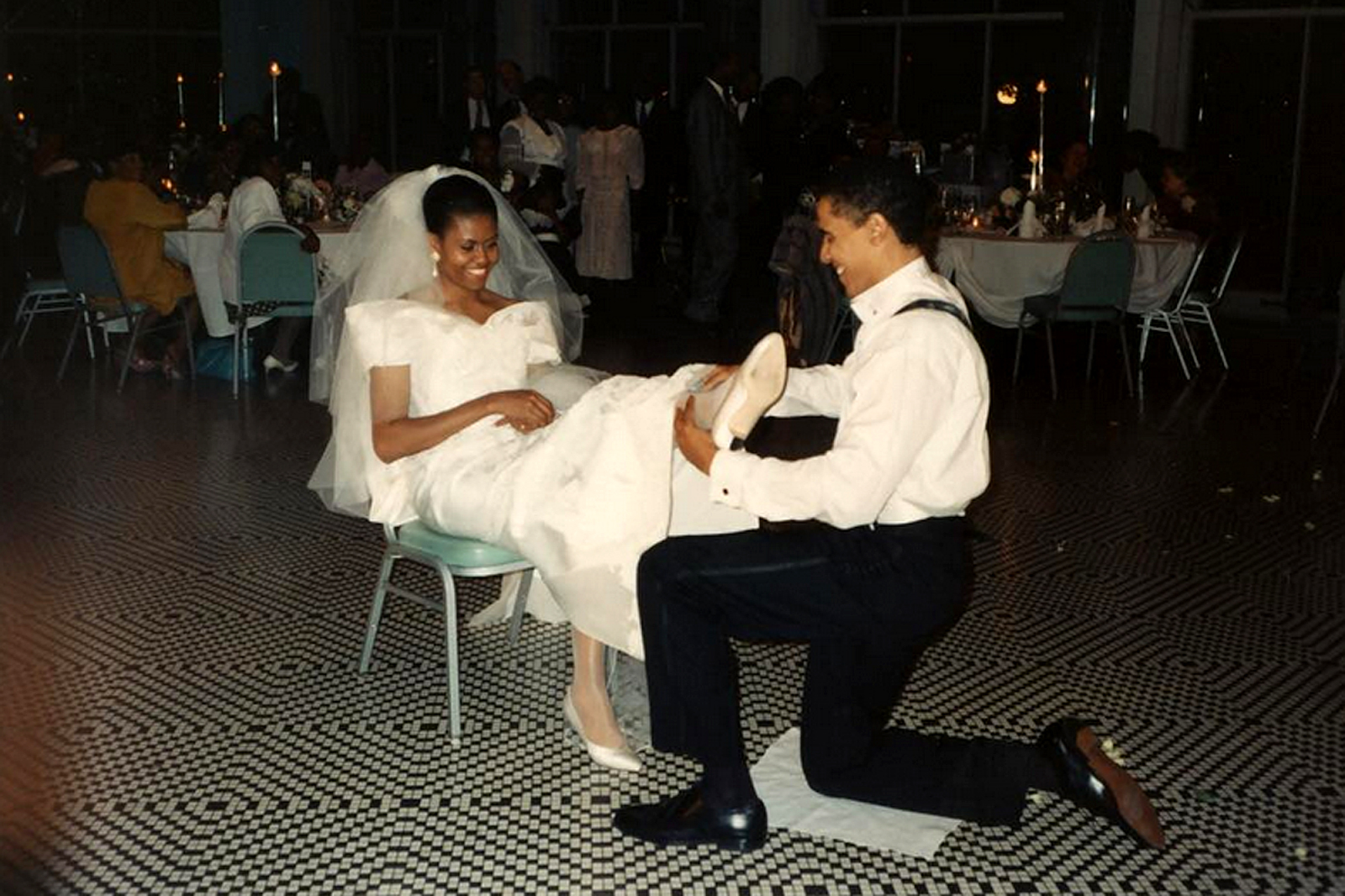 In the book "Awaken the Giant Within", by Tony Robbins, there are also great life-changing lessons, which, according to the author, depend only on the initial decision to change. As such, the book draws lessons on self-mastery and how it can help you achieve your personal goals.

The book "Mindset", by Carol S. Dweck, discusses how our beliefs shape our behavior and our growth. While mindsets produce definitive worldviews, people can change as they learn new skills. Human beings can be taught to react in different ways, how to face challenges and think differently.

Also, Michelle Obama, in her book "Becoming", tells how she met Barack Obama. She reveals that, at first, she was not interested in him. But, afterwards, she identified characteristics in Barack Obama very similar to her, such as seriousness and dedication, and gradually became enchanted, both for his work and for the man that he is.

Inspired by the insights from Barack Obama, here are some tips for you to apply in your life:

Did you like this summary of the book "Dreams From My Father"?

What did you think about Barack Obama's journey? Let us know in the comments, your feedback is very important!

You can purchase the full version of the book by clicking on the image below: 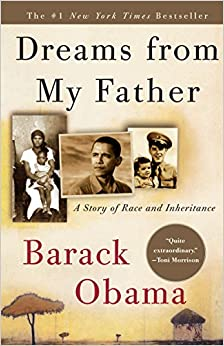