Grinding it Out - Ray Kroc

Learn here about the transformation of a hamburger shop into a billion dollar restaurant chain, known in all corners of the world!

Before the McDonald's fast-food model revolutionized the marketplace, the common structure, in most drive-ins, was a menu with too many options, skittish waitresses delivering orders, delays and even wrong deliveries.

When visiting the McDonald's brothers business for the first time, Ray Kroc was surprised. The restaurant had nothing to do with what he had seen so far but, after that he had a great idea: to turn that business into a franchise model.

However, the McDonald's brothers did not have the same business vision of Kroc. Ray saw ahead. In addition to believing in the potential of that company, he realized that there was a market opportunity there and made the decision to invest in it.

In order to create a billionaire empire, Kroc had some attitudes at least questionable. But we'll focus on how he managed to turn McDonald's into one of the world's largest fast-food chains.

The book "Grinding it Out"

The book "Grinding It Out: The Making of McDonald's", has 224 pages and was written by Ray Kroc. It tells the story of the founder of McDonald's.

It is a reference between the entrepreneurship works and inspired the successful movie called "The Founder", starring Michael Keaton.

Who was Ray Kroc?

Raymond Albert Kroc, born in 1902, was an American entrepreneur who brought a revolution in the fast food industry, making McDonald's one of the largest franchise networks in the world.

After retiring from CEO of the company in 1974, Ray Kroc focused on his passion: baseball. At the time of his death, the network had 7, 500 outlets around the world, with gross sales of $ 8 billion.

Why should I read the book about McDonald's?

In the book "Grinding it Out" you will know how McDonald's has become one of the largest franchise networks in the world and you will see that the strategies are still very valid for our time.

There are three things that Ray Kroc did extremely well: selling hamburgers, making money, and telling stories. Kroc will fascinate and inspire you, awakening your appetite to start a business.

What are the key points?

Download the "Grinding It Out" Book Summary in PDF for free

The idea of Maurice and Richard McDonald opening a business came at a time of crisis. After all, it is in crisis that the best ideas come up. The brothers decided to invest in the only business that was thriving at that time: fast-food. Maurice said: "The people have to eat, right?"

However, if the business is to sell hamburgers, offering a quality product is not enough because it can easily be found in several fast food chains.

So the brothers decided to change the target audience that normally frequented the restaurants. Previously, they were a meeting point for noisy teenagers and bikers, who stayed long in the establishment and generated little revenue.

From that moment, the restaurant would be aimed at families, as the average profit per customer was higher. Therefore, it was necessary to keep the place clean, pleasant and suitable to receive families. No tobacco or alcohol.

The book "Grinding it Out" says that there was another problem: the orders took more than half an hour to deliver. In addition, the requests went wrong several times.

Maurice and Richard also realized that almost 90 percent of the orders came from hamburger, fries and soda, so they reduced the menu to simplify production.

To cut costs and save time, they replaced plates and cutlery with disposable accessories and got the orders to be made in the box.

Dick McDonald, through simulation and trial and error, gave rise to the Speedy system. Dick believed that practice would lead to the best process.

Through practice, he was able to find the ideal temperature and time to fry the potatoes and the exact amount of sauce on the burgers.

According to Ray Kroc thanks to Dick and his Speedy system, the brothers' business had a big differential over competitors. The burgers were prepared and delivered in a matter of seconds and no longer the 30 minutes of the competitors.

After being impressed by the McDonald brothers' business, Ray Kroc made a deal with them. He would be responsible for the franchises, but he could not change anything in the restaurants without the brothers' approval.

From there, Kroc went in search of investors, and obtained the golf club of which he participated. However, his rich and retired friends were not interested in maintaining the quality of the products nor the rules laid down by the brothers.

Ray Kroc saw something very important at the moment. It was not enough to have rich people to invest, it was necessary people who shared the same values as him, as so, it took people willing to work hard to succeed.

However, throughout the process Kroc almost went bankrupt. He was entitled to 1.4% of restaurant revenue. Even though it was greater than the brothers' profits, Kroc was burdened with all the work and cost of the operation.

It's not about hamburger

At this point, Ray Kroc met up with Harry Sonneborn. Sonneborn told Kroc that the big McDonald's business was not the hamburger, but the real estate.

Harry's idea was for Kroc to buy the land where the franchise would be opened, charging rent based on the billing of each establishment. Therefore, the fortune generated by McDonald's comes not from hamburger sales but from a real estate business.

Thus, Ray Kroc ended by circumventing the agreement signed with the McDonald brothers. Years later, Kroc bought the brothers' shares and became the owner of the McDonald's brand.

In the book "Mindset", the author Carol S. Dweck says that the world is divided between people who are open to learning and those who are closed to it. And that trait affects everything in life, from your worldview to your interpersonal relationships.

Now, if you want to know how to open a venture, the bestseller "Big Dream" shows how to transform the level of an organization according to the visions of the richest entrepreneurs in Brazil.

If you think it is too late to start your own business, we will point out to you the book of Flávio Augusto, "Value Generation". The author shows his vision of enterprise and the world, in addition, gives tips for you to stand out in the crowd.

Refuse to think the same way as always, innovate! It is not just because something has always been done in the same way that it can not change or improve. Keep up with market innovations that can benefit both your business and your customer.

The McDonald's brothers have changed the way they serve burgers in the world and created a totally different concept with something that was already done for many years.

Find your differential. This is how the brothers became reference, thinking about how to solve the problems of customers.

Do not get overwhelmed by a mistake or make you give up on your dream. Even the most successful people have overcome many failures. They are part of the path to success.

It is essential that your team also share the same values as your company so that everyone is in tune. A united team is more likely to achieve a common goal.

Be insistent. Plan, execute, and measure the results. Make changes to your strategy, rerun and measure. This is a cycle that should never end in a company.

It's never too late to start. Kroc began his journey at the age of 52. There is no age right to put your idea into practice, run it hungry for power.

Did you like this summary of the book "Grinding it Out"?

What did you think of Ray Kroc's book? Give us your feedback so we can always offer the best content for you!

And if you want to go deeper into the subject, get the book now by clicking on the link below: 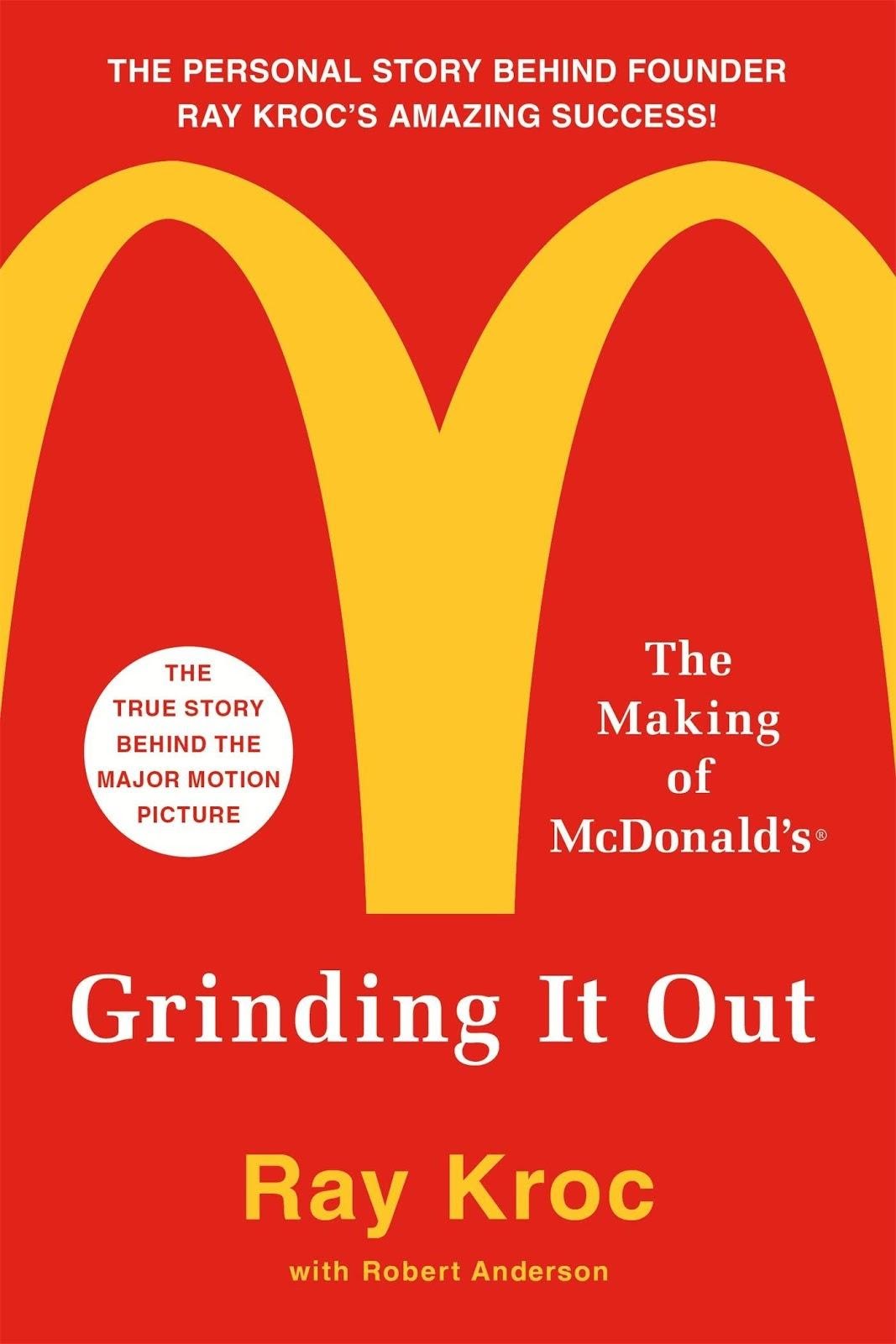