What makes a good leader? Discover leadership strategies applicable to business and deepen your understanding of the human being, society, and power behind Hobbesian political theory.

Did you know that the work "Leviathan" is Thomas Hobbes' response to the social-political chaos present in his time?

In this case, the philosopher exposes in his work ideas that have survived over the years and are still seen in the 21st century.

Therefore, this summary offers an invitation for you to think about the possibility of applying the organization model of society advocated by Hobbes within the context of your company or your business. Have we aroused your curiosity? Then continue reading this summary and have an excellent experience full of explosions of ideas!

Written by Thomas Hobbes during the English Civil War (1642-1649), "Leviathan or The Matter, Forme and Power of a Commonwealth Ecclesiasticall and Civil" is one of the first treatises on Social Contract Theory. In this sense, the main purpose of the book is to establish arguments for absolutist sovereignty.

The 616-page book is divided into four parts and 47 chapters. It deals with a robust analysis of human nature and presents a proposal for restructuring society by means of the Social Contract and under the governance of an absolute Sovereign.

Who was Thomas Hobbes?

Thomas Hobbes (1588-1679) was an English philosopher, mathematician, and political theorist. He, too, was one of the forerunners of contractualist thought and a major reference in Political Philosophy. He was enrolled in Magdalen Hall at Oxford University between the ages of 14 and 15.

Hobbes, too, is known for writing his other work "On the Citizen" and for popularizing Plautus' (254-184 BC) phrase "man is man's wolf" (or in Latin: "lupus est homo homini lupus"). He was also Francis Bacon's secretary and worked for the Cavendish family, which possessed great power.

Thomas Hobbes' work is fundamental for leaders, politicians, entrepreneurs, and managers, and serves to apply strategies in business and interpersonal relationships. "Leviathan or The Matter, Forme and Power of a Commonwealth Ecclesiastical and Civil" is also aimed at political philosophers and Philosophy students.

What are the main points of "Leviathan"?

Download the "Leviathan" Book Summary in PDF for free

What is the relationship between man, the State of Nature, and the Civil State in Hobbes?

According to Thomas Hobbes, men are evil due to their very nature, and therefore "a man is a wolf to another man" In other words, man has a power of violence that knows no limits. In this case, since man can achieve everything he desires, he must use every artifice he can to overcome others that may threaten the distancing of his goals.

Through his intelligence, the human being dominates nature, but is threatened by other human rivals that can create disputes with the possibility of leading one of the sides to death. However, human beings have a need for security as well as a fear of violent death. Therefore, there are people who prefer to deny their right to be free and equal that nature has handed them.

Therefore, they establish a Social Contract that makes them submit to a government that guarantees a safe life, by means of laws. Thus, they leave behind the State of Nature to enter the Civil State, mediated by the Social Contract.

What is Leviathan according to Thomas Hobbes?

Based on the sea monster in the Bible (Job 41:1; Isaiah 27:1), Thomas Hobbes' Leviathan is the State or City of an absolutist monarch. In other words, this monarch is the Leviathan/State itself, since he would make decisions on behalf of everyone.

On the other hand, for Hobbes, man in a "state of nature" does not know the concept of Justice and its laws. The right to everything is for everyone, but to get what he wants it is necessary to use his skills such as strength and cunning.

The philosopher points out that due to the sense of self-preservation (man's first natural law), imposing oneself on others becomes, by induction, necessary. Therefore, there is no excuse to speak of being stronger or weaker in this state.

However, Thomas Hobbes warns about the consequence, which is war among all. Still, the philosopher presents as a focus the great solution that would be the only way to stop this war, which is through a Social Contract. In this pact it would be established that everyone must surrender their rights and freedom to a single Sovereign.

In other words, the government is absolutist and does not derive from divine law. Thus, any and every act of the Sovereign would be in the name of the people, and the consequences would fall on the people themselves.

Within the absolutism advocated by Thomas Hobbes, if any competitor appeared to dispute the power of the State, society would leave the "civil state" and return to the initial "state of nature".

What are the rights and the just power of a Sovereign?

What is a Christian State/Ecclesiastical State?

For Thomas Hobbes, the power of the Sovereign as a state is based on theological argumentation, that is, it deals with the Christian state. However, the philosopher does not fail to criticize some religious practices of his time.

To understand the "ecclesiastical power", the philosopher proposes to establish a separation in time since the Ascension of Jesus, this being divided into two parts: the first refers to the time before the conversion of the men and kings who had civil power and the second part deals with the time after the conversion.

This is due to the fact that, according to him, it took a long time for any civil king/sovereign to accept and authorize the teaching of the Christian religion after the Ascension.

On the other hand, Thomas Hobbes thought about the possibility of other political regimes such as oligarchy and democracy. However, according to him, the former would have discontinuity of the exercise of sovereign power and the latter would be unfeasible because of the fall of sovereign power.

What is the Kingdom of Darkness in Hobbes?

Thomas Hobbes defines the Kingdom of Darkness as a "confederation of impostors”. In order for these to have dominion over other human beings, they try, by doctrinal and tortuous means, to erase nature and the gospel from memory and lucidity. According to the book "Leviathan", this unprepares men for the coming of God's kingdom.

Other books about Strategy

Niccolò Machiavelli teaches in "The Prince" strategies for leadership and maintaining power, entering the context of the functioning of the state in his time

Henry Mintzberg, Bruce Ahlstrand and Joseph Lampel present in the book, "Strategy Safari", a guide with reviews on the main schools of Strategic Planning.

Alright, but how can I use Leviathan strategies?

Did you like the summary of Thomas Hobbes' most famous book? Your opinion adds a lot of value and makes us produce more and more high quality content for you!

Ah! Do you want to get tips on these and other subjects? Subscribe to our free newsletter or get our premium subscription to listen to our content while you exercise or are in traffic!

If the summary has made you want to read the book in its entirety, click on the image below and buy the full book! 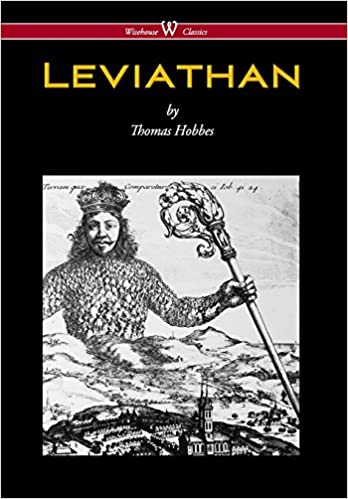