Find out what really made personalities like Bill Gates, Mozart and the Beatles to be considered "outstanding", and become one of them!

Are innate talent and high IQ guarantees of success? The ones who don't possess them will live a mediocre life forever? For Malcolm Gladwell, author of the bestselling "Outliers: The Story of Success", the answer is no.

Here you will find out why there are people considered to be "outliers" and how the author's ideas will help you achieve success.

Are you curious? Let's go!

About the book "Outliers: The Story of Success"

The inspiring work "Outliers: The Story of Success" brings a study of people who are considered experts in their fields, "outliers" like Bill Gates, Mozart, the Beatles and what they have in common. Besides addressing other curious facts as to why the Asians have mastery in mathematics and what are the connections between air crashes.

Malcolm Gladwell demystifies the idea that innate talent or high IQ is the guarantee of success. After analyzing stories of people who have an exceptional trajectory, the author states that they have benefited from cultural heritages, extraordinary opportunities, and other advantages, such as the time of their birth.

About the author Malcolm Gladwell

Malcolm Gladwell has been a staff writer at The New Yorker since 1996. He is the author of "The Tipping Point" and "Blink"

Prior to joining The New Yorker, he was a reporter at the Washington Post. Gladwell was born in England and grew up in rural Ontario. He now lives in New York.

The book "Outliers: The Story of Success" is suitable for all of those who want to find out what is needed to achieve success and how to achieve it.

Besides being also suitable for teachers, coaches and all professionals in training.

Main ideas of the book "Outliers: The Story of Success"

Do you want to know more about it? Get ready for the next!

Download the "Outliers: The Story of Success" Book Summary in PDF for free

The book brings a few examples that make us reflect on the idea that success depends on several factors, and one of them is how you should create and seize opportunities.

Here we separate the highlights of the book:

What do Hockey players have in common?

Malcolm Gladwell begins by analyzing the outstanding players of the Canadian Hockey team and comes to the conclusion that the vast majority was born between the months of January and March.

With this advantage, he ends up standing out against the others and is chosen to become an elite team player, thus receiving a more intense and higher quality training.

That is, one of the reasons that made these athletes be considered "outliers" refers to the fact that they took advantage of the time in which they were born, and it gave them a competitive advantage against other players.

Have 10, 000 hours of practice to become an expert

After reviewing prominent personalities such as Beatles, Bill Gates and Mozart, the author concluded that they have something in common: they devoted at least 10, 000 hours of practice to become a phenomenon in their area.

Another extremely curious fact that Malcolm analyzes in his book "Outliers: The Story of Success" is the resemblance between prominent personalities in the computer industry such as Steve Jobs, Bill Gates and Bill Joy. All of them were born in the 50s.

This implies that they were able to take advantage of the opportunity to develop in the computer industry at a time when it was on the rise, in which the extraordinary effort was rewarded.

The author reinforces the idea that having a high IQ is not a warranty to succeed and that from a certain point it does not matter that much.

That is, if you have an IQ that is already considered high and is in a group of people who also have a high IQ, it does not matter how much one is greater than the other.

Lastly, Malcolm reinforces the idea that practical intelligence, knowing how to say and what to say, culture, opportunities, generation and family history are more important factors than analytical intelligence to achieve extraordinary success.

In this part of the book, Malcolm Gladwell brings up the idea of how important cultural legacies are in the formation of the outlier individuals. Let's check out some of these points?

What do air accidents have in common?

The author does a lot of research on air disasters and noted a similarity of disasters with a certain airline in South Korea. This similarity has to do with the culture of submission that existed in their work environment.

After being communicated that this was the problem, a cultural change was implemented in South Korea's pilots. This change was made with the help of Americans, who were responsible for training them. The result? The company has become one of the safest in the world.

In this part, Malcolm concludes that Asian cultural issues, such as counting their alphabet and even historical issues such as working on rice fields, allow them to have that advantage.

In relation to the alphabet count, it is noticed that there is a greater facility of counting the numbers in this alphabet to the detriment of the others, thus guaranteeing a competitive advantage.

In relation to working in rice fields, this type of craft requires a lot of precision and clutter. As well as when solving mathematical problems, this ensures the development of abilities leading the Asians to excel in this area.

Another fact that makes them even more prominent in mathematics is that they had reduced school vacation time during the year compared to other countries. With this, they devote much more time to studying.

The book "Grit: The Power of Passion and Perseverance" by author Angela Duckworth leads us to question what leads a person to succeed. For her, what sets successful people apart from those who don't have it, is the grit, which is a combination of passion and perseverance.

In "Unlimited Power" Tony Robbins explains that a successful person usually walks more upright, more imposing, demonstrating self-esteem. One way to be successful, then, would be to replicate this behavior and start walking in that same way, more imposingly.

Lastly, in "Life Changing Secrets" there are several lessons about success, which is linked, according to the work, to a personal plan that must be executed using the powers of the human subconscious.

As Malcolm Gladwell concludes, practical intelligence is a preponderant factor in helping you to ensure success. You can develop it by exposing yourself to challenging situations that require a lot of persistence and resilience.

Practice until you become an expert on the subject. Following the book tip, you need to practice at least 10, 000 hours for this to happen. Create and enjoy opportunities.

Did you like this summary of the book "Outliers: The Story of Success"?

Did you like this summary? Leave your feedback! In addition, the full edition of the book is available for purchase below: 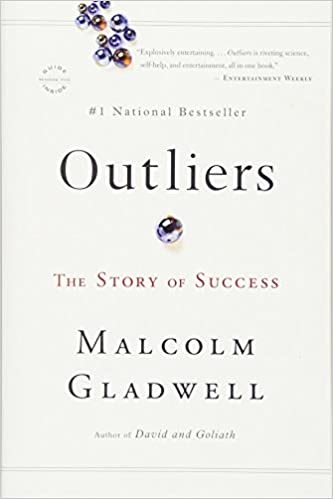