Get inspired by the story of a young man with 50 dollars, started a revolution in the world of sports with an unconventional dream, and created one of the most famous brands worldwide.

In this autobiography, Phil Knight has a simple and personal history of his growth, his world travels, the awakening of his interest in shoes, his runner time at the University of Oregon and his first ventures selling shoes.

Phil is clear about his difficulties and how hard it was to keep Nike running year after year.

The “Shoe Dog” history begins more than 50 years ago in 1962 when he was at the age of 24. He just had got an MBA at Stanford and didn’t know what to do with his life.

From there, we follow Knight for the next 18 years, through continuous adversities, financial insecurity and endless uncertainties.

About the book “Shoe Dog”

The book “Shoe Dog: A Memoir by the Creator of Nike”, released in 2016, written by Phil Knight, is a biography that tells the story of how Nike was created and how it became what it is today: one of the most emblematic, innovative and profitable brands in the world.

This book is composed by 384 pages and it is divided into 2 parts.

Who is Phil Knight?

Phil Hampson Knight, American born in 1938, is the founder of Nike,tycoon and philanthropist. In 2018, he was ranked by Forbes as the 28th richest in the world, with an estimated equity of $ 34.7 billion.

To whom is the autobiography of Nike's founder indicated?

To get you started on what lies ahead, here are some of the phrases that summarize some of the learning that will be extracted from the book "Shoe Dog", such as:

Download the “Shoe Dog” Book Summary in PDF for free

Phil Knight's 1st lesson: If you get a chance to start something crazy, go for it

Phil Knight has always had a passion for sports and loved to practice them. As a child, he had a job, where he looked at the sporting results of the day. This task was usually done at night, and the results would be published the next day. After work, he used to run home, which was about seven miles a day.

Years later, after graduating from the College of Management and entering the Stanford Graduate School of Business, Knight had a vision: importing Japanese shoes to America and he was very interested in the Tiger brand, manufactured by the company Onitsuka.

Even though no one was impressed, Phil decided to take a trip to Japan. Once there, realizing he had nothing to lose, he called Mr. Onitsuka to arrange a meeting. However, even though it seemed a crazy idea, he succeeded.

The Beginning of Shoe Sales

After 2 hours of meeting, which were expected to last 15 minutes, Onitsuka gave Phil 300 pairs of Onitsuka Tiger shoes and distribution rights to sell them in the western of the United States. In the coming months, Knight would sell these shoes in the trunk of his car.

However, he just didn’t say to the executive that Blue Ribbon was made only by him and his father, who was considered the only investor.

After getting the deal, Phil made several trips around the world. On one of the trips, he visited the Temple of Nike, the goddess of victory. Years later, Knight came upon a play called “The Knights”. This play was the representation of a warrior offering the king a new pair of shoes.

These specific events, the experiences Phil acquired in his travels and his learning about other cultures eventually influenced him in his journey of life, but we will talk about this later.

Phil Knight's 2nd lesson: Have a mentor who believes in you

After three months of waiting for Onitsuka sneakers, Phil sent two pairs to his former coach at the University of Oregon, Bill Bowerman, hoping to get a sale and a great testimony.

Bowerman has just offered to become his partner and take care of the product design. For Knight, to have his mentor as a partner and see that he also shared his ideas, was one of the things that gave him more confidence to create the company in the way he thought fit.

Bill Bowerman was a true “Shoe Dog”. This term is used in the industry to refer to a person who is obsessed with tennis shoes. Phil would later discover that Bill's  skills would be crucial to the company's success.

One of Bowerman's innovations was the “Waffle Sole”. He managed to create it by doing tests with various types of rubber, in which the compound was heated and applied directly to the sole of running shoes. After several tests, Bill finally found the compound with the ideal consistency and durability.

Phil's coach was exential in the continued success of the Blue Ribbon, however, much of that success came from Phil's unconventional yet brilliant employees.

Knight and Bowerman have worked together for many years. For him, his mentor was seen as the soul of the company and he always reassured that “if Bowerman is not happy, Nike is not happy”.

Phil Knight's 3rd lesson: Encourage everyone to be themselves

As the Blue Ribbon company was growing, Phil created a team where people shared his vision and he trusted them. This team was made up of talented eccentrics, and all helped in making decisions.

In fact, they worked so well together precisely because they were all uncommon. This made everyone feel comfortable in the work environment. No one needed to hold on.

Phil Knight adopted a philosophy at work, that came from the words of General Patton:

“Do not tell people how to do things. Tell them what to do and let them surprise you with their results.”

For example, Phil did not say what to do to Jeff Johnson, Blue Ribbon's first full-time employee. Johnson worked alongside Bill in developing revolutionary sneakers, and they worked stubbornly.

Over the years, Mr. Onitsuka has become Phil's greatest ally, but has not stopped there. During the various management changes, the entrepreneur became his biggest and most dangerous opponent.

The beginning of a new era

When Mr. Onitsuka wanted to take the rights of distribution he had given the young man, Knight realized that he could not trust the Japanese company and its promises, despite the contracts signed.

For Phil, the output was unique: be free. But for that, he would have to start his own company. And it was through these problems that Phil unleashed the birth of Nike. In 1971, the decision was made, the Blue Ribbon company would stop selling Japanese products, and with that, it would also cease to exist.

Knight asked his associates to suggest names for the new company. Jeff Johnson, Blue Ribbon's first full-time employee, called Phil in the middle of the night and said the company name should be Nike, because that's what his dream was about.

It was there that Phil remembered the impression that the goddess of victory (Nike Temple) had caused him years ago in Athens. Knight then decided that this would be the name of the company: Nike.

From that moment, Nike had various difficulties, Onitsuka opened a suit against them, leading the new company to almost bankrupt. By the way, Nike almost went bankrupt numerous times.

Phil says that Nike's triumph was the IPO, which coincided on the same day as Apple. In addition, the IPO price of the two companies was the same, showing that Nike was already considered a big company.

Phil Knight says they slept relatively rich, but woke up the next day, after shares of Nike were sold, extremely rich and powerful. To this day, the company prides itself on its integrity, to which it also attributes much of its success.

Other books about successful entrepreneurship

Ray Kroc, in “Grinding it out” says to find our differential. This is how the brothers became reference, that is, through thoughts on how to solve customer problems. Even the most successful people have overcome many failures, which are part of the path to success.

If you think it is too late to start your own business, we will point out to you the book of Flávio Augusto, “Geração de Valor” (Value Generation). The author shows his vision of entrepreneurship and the world, in addition, gives tips for you to stand out among the crowd.

In the book “Felicidade dá Lucro” (Happiness is Profitable), Márcio Fernandes makes clear that “there is no separation between personal and professional life, because we are the same person, unique and integrated, inside and outside of work”.

How can I apply Phil Knight's teachings in my life?

The rise of the company to international fame shows us that if you believe in your principles, think in an unconventional way and remain loyal to your beliefs, there is nothing that can keep you from achieving what you want.

Another key point in Nike's history was the fact that Phil surrounded himself with people who believed in him and shared his vision.

Employees with vision will not only be working for money, they will be truly involved with the company. So, surround yourself with people who share the company's vision.

Rate the summary of the book “Shoe Dog”!

What did you think of Phil Knight's book? Give us your feedback so we can always offer the best for you! If you want to delve deeper into the subject, you can purchase the book by clicking on the link below: 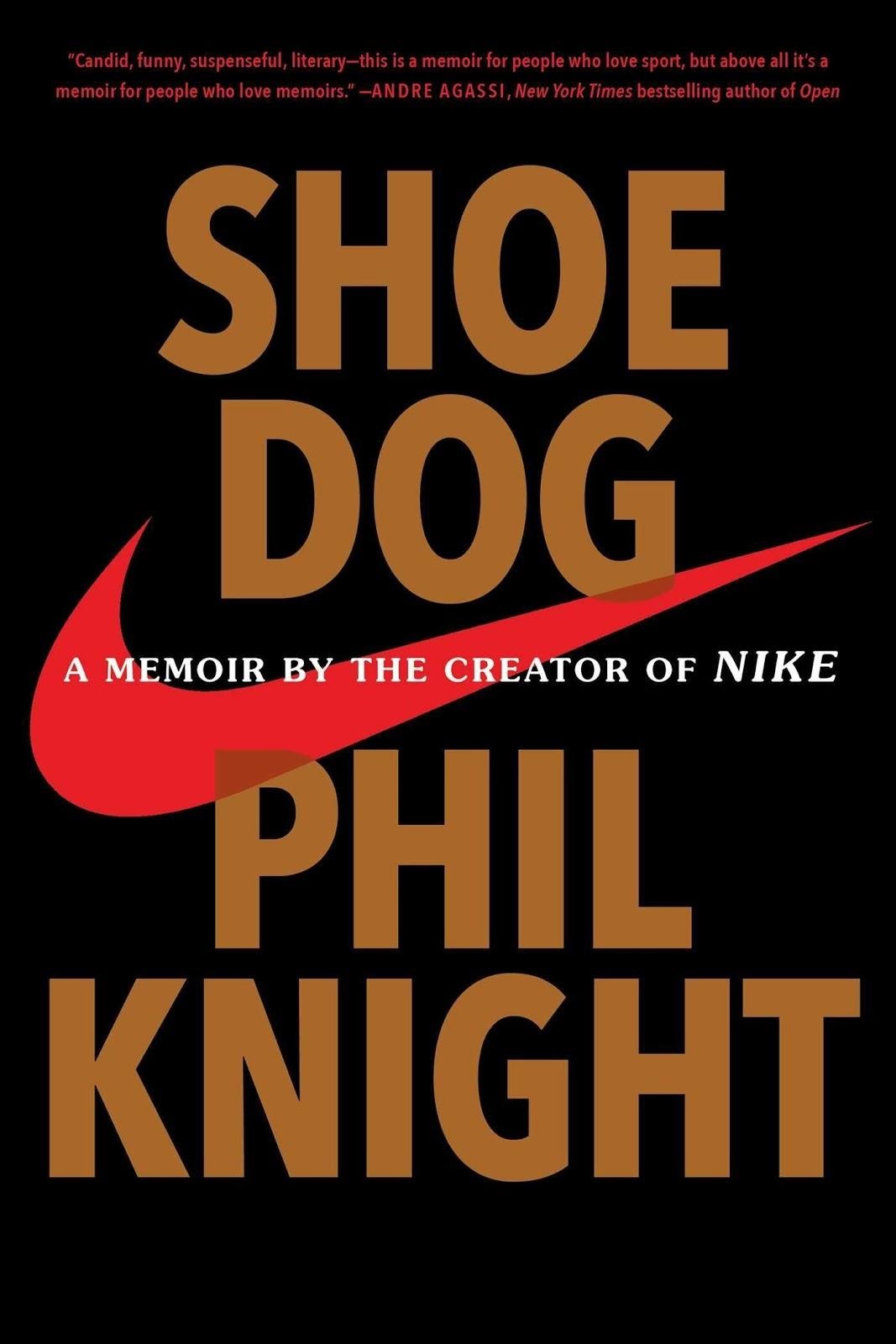