Discover in the history of the Dutch brewery, how it has become one of the most recognized brands around the world with its iconic green bottle lager.

In 1863 Gerard Adriaan Heineken saw an opportunity to venture into a declining former Dutch brewery. Thus begins the story of one of today's largest companies, Written by Barbara Smit in "The Heineken Story".

Through unusual advertisements and well-crafted business deals, Heineken has expanded around the globe. The company currently distributes its production in more than 170 countries, reaching a turnover of over 21 billion euros and employing over 85, 000 employees.

Barbara Smit tells the brewery's remarkable rise. In addition to a thorough description of the company's development, the author provides a fascinating overview of the last two centuries of the beer market.

Do you want to know how the family business of a cheese-salesman's son has become a major multinational operating on every continent? Then check this summary out we have prepared for you!

About the book "The Heineken Story"

"The Heineken Story" was originally published in 2014 by Profile Books. The book is authored by journalist Barbara Smit.

Based mainly on interviews and newspaper articles, the author discusses, in 15 chapters, the brewery's origin, its development over the past century, and the controversial role of Alfred "Freddy" Heineken in the company's success. Finally, it presents an overview of the current state of Heineken.

About the author "Barbara Smit"

Barbara Smit is a Dutch business journalist who works for major newspapers such as the Financial Times and the International Herald Tribune. Prior to this book, Smit published in 1996 an unauthorized biography of Alfred H. Heineken.

The Dutchwoman is also the author of "Field Invasion: Adidas, Puma and the Backstage of Modern Sport," and has been nominated for the Golden Owl Award for Literature.

The history of the famous Dutch brewery is a valuable source for entrepreneurs seeking knowledge about large business management and marketing strategies.

Main ideas of the book "The Heineken Story"

Are you ready to learn about Heineken's history? So, come on!

It all started in the second half of the nineteenth century in Amsterdam. With the financial help of his mother, Gerard Adriaan Heineken bought the decaying Den Hoyberch brewery, founding Heineken & Co on February 15, 1864.

As reported by author Barbara Smit in her book, "The History of Heineken", Gerard's management was marked by a considerable increase in beer sales and production optimization through technological innovations.

Realizing that low-brew beers would be more than a fad, he invested in lager production. Thus was born the original Heineken.

Gerard died suddenly on the morning of March 18, 1893. Thanks to the efforts of Marie Tindal, the brewer's widow, the brewery remained a family business.

The couple's son, Henri Pierre Heineken, took over the company in 1917. Under his leadership Heineken prospered, resisting the impacts of World War I and beginning its international expansion.

Heineken's export momentum began in 1928 when the department was taken over by Pieter Feith. During this period, the company partnered with Fraser & Neave, expanding its business in Southeast Asia.

The Dutch were smart in expanding their business by adapting their approach to the market.

Two chapters of the book, "The Heineken Story", deal with Heineken's penetration of the US market. In the first half of the twentieth century, importer Leo Van Munching, with his unusual and aggressive selling tactics, established Dutch beer as the leading export in the country.

Instead of trying to compete with national lagers, the Dutchman sold Heineken as a refined product in upscale restaurants and bars. He set up what no other importer of the time could achieve: a distribution that covered the entire country.

As Barbara Smit said, during years of prosperity in the United States, beer was considered to be produced there, but the possibility was soon discarded. Its main export competitor, Löwenbräu, tried to nationalize its production and failed miserably.

In 1989, a drop in the import segment in favor of national brands reduced the presence of the brewery in the country. A few years later, Mexican Corona beer topped Heineken's exports, taking its most imported beer rank in the United States.

With the death of Van Munching in 1990, there were several changes in the marketing and distribution of beer in the American market, which proved unsuccessful. Currently, even Heineken's business volume in the country is considered unsatisfactory.

In order to reach the British market, the company made the difficult decision to export a weaker version of lager, suited to the taste of the English. Between the 1950s and 1990s, the following massive and innovative advertising slogan made Heineken adapted into one of the most consumed beers in the UK:

The book, "The Heineken Story", reports that one of the on-site marketing strategies was to associate such a slogan with British humor in order to connect people to the brand and increase product consumption.

To increase distribution, it partnered with the Whitbread Brewery, which had control of approximately 15, 000 pubs throughout the UK. While Heineken oversees management, Whitbread should provide support for beer distribution.

The adoption of lager in draft beer by British pubs allowed the beer to be enjoyed in the right, cold way. Between the 1970s and 1980s, lager consumption in the United Kingdom increased from 5% to over 50%.

In the mid-1990s, Heineken lost popularity. Stella Artois, the brand's big competitor, and also distributed by Whitbread, had a surprising turnaround in sales. Since then, the relationship between the partners became increasingly conflicted, ending in 2003.

In the early 1970s, the beer market in Europe was an open field to be explored. At that time, the Dutch brewery already had millions of consumers around the globe but reached less than 3% of the European market.

Heineken's expansion across the continent began in 1972 with the controversial acquisition of Brasserie de l'Espérance in Strasbourg. The Alsatian brewery, until then, had considerable production capacity, as well as a majority stake in France's third-largest brewing consortium.

In 1984, advances in the Spanish market began by acquiring a minority stake in El Águila. The restructuring of the most powerful brewery in the Spanish industry would form an efficient basis for the company's expansion in that territory.

By the late 1980s, Heineken had surpassed all international competition in the European market, becoming a household name across the continent.

According to Barbara Smit, this leadership gave the company a steady flow for many years, which facilitated its expansion into new markets.

Heineken has become a globally recognized brand and story, thanks in large part to the efforts of controversial Alfred "Freddy" Heineken.

A considerable part of the book, "The Heineken Story", deals with the Dutch mogul's personal and professional career, from troubled students to uncrowned king of beer.

Not to be assigned as a compulsory labor force in World War II, Freddy was hired by the brewery as soon as he finished school. In 1946, when he was 23, he was sent to the United States to learn Van Munching's commercial tactics.

He spent two years working as a sales promoter in the United States. He then returned to Europe to learn the basics of corporate finance by taking a junior position at a brewery bank.

Due to Henri Pierre's inattention, the Heineken family lost its majority stake in the brewery. Alfred then set a life goal of regaining control of the company.

In 1954, after nearly a decade of financial juggling, he managed to become Heineken's majority partner. His focus became the modernization of Heineken's corporate identity.

It was during this period that the brand gained the iconic green bottle and a more harmonious font, with the famous' 'and 'smiling' slightly counter-clockwise. 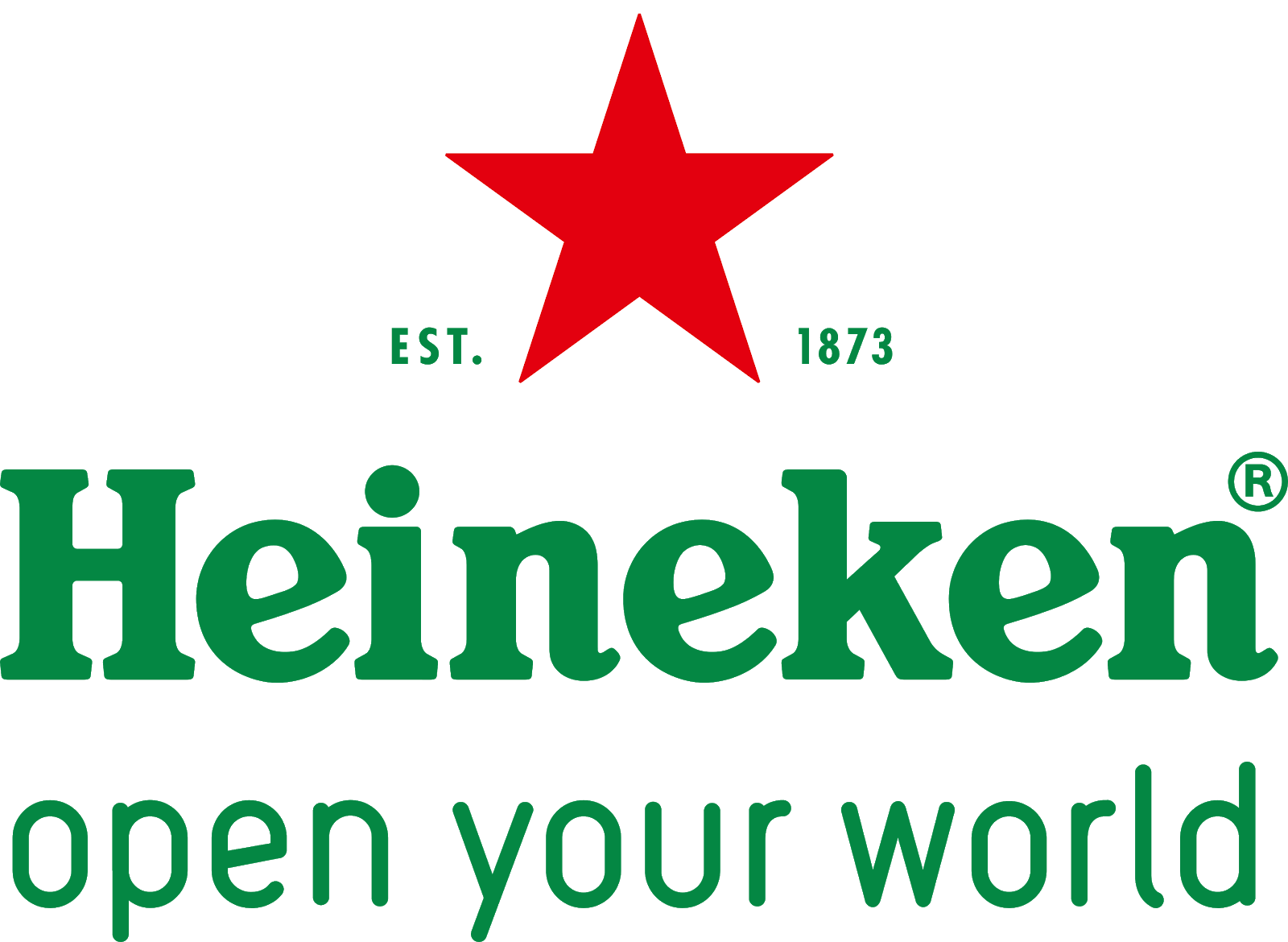 In the summer of 1970, then-Heineken president Oscar Wittert van Hoogland suffered a heart attack and stepped down. The following year, Freddy finally managed to assume the presidency of the company.

Under his command, the company's dominance over the European market has expanded considerably.

The tycoon retired in 1995, being succeeded by Karel Vuursteen. He died in January 2002 at the age of 78. His shares were transferred to Charlene de Carvalho-Heineken, his only heiress, who was responsible to keep the company under family control.

The legendary beer slogan launched in the mid-1960s was part of the company's unique branding restructuring. Such a distinctive image has made it recognized around the world.

The new consumption habits that have been consolidated since the 1950s completely changed the beer market from the influence of TVs.

From then on, the company saw the importance of publicizing the brand in commercials. Branding and packaging became very important, and Heineken adapted its marketing and distribution to encourage domestic consumption.

According to Barbara Smit, Heineken's unusual style of advertising has started a trend quite copied by the competition.

The advertising that ensured the company's success in the UK - "Heineken refreshes the parts other beers cannot reach" - even appears in the Oxford Quotation Dictionary as one of the most successful advertising phrases of all time.

Overview: One for the road

Between the 1980s and 1990s, the big brewers got into a fierce dispute that completely altered the market's configuration. After the "Beer Wars", the world market was dominated by only four companies.

In the process, Heineken has factories on all continents. After Freddy's death, the company began to expand its business in Asia, Latin America, and Russia.

Encouraged by globalization and the internet, the brand currently invests in global marketing strategies, connecting its followers. In addition, they seek to innovate their products and packaging to provide a better customer experience.

"The Airbnb Story", tells the story of the company that offers an online home-sharing service. Leigh Gallagher's work tells that the concept of Airbnb came from the need that the founders had to pay the rent.

Easy Taxi founder Tallis Gomes provides a step-by-step step for you to open and consolidate your startup. He says in his book "Not Easy", that the first step is to identify a problem that has no solution yet, and then enter the market with something innovative.

Joaquim Castanheira's "It Will Work" reports the success stories of ten Brazilian businessmen. Rogério Gabriel, the founder of the Prepara Group, says optimism and self-confidence are essential for an entrepreneur. In addition, learning from frustrations is critical to making better decisions in the future.

This was only possible thanks to the efforts of employees aligned with the company's expansionary objectives.

More than a large company, Heineken is a legacy, and Barbara Smit proved it in her book "The Heineken Story".

Did you get the tips? So, it's time to apply to your business!

Did you like this summary of the book "The Heineken Story"?

What lessons in Heineken's history will be helpful in your personal endeavor? Be sure to leave your feedback in the comments and rate it!

If you want to read "The Heineken Story" in full, the book is available for purchase by clicking on the images below: 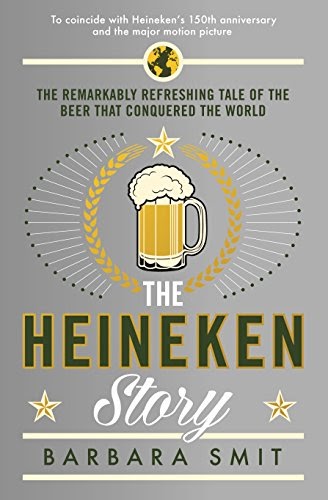