Discover Alec Ross’ proposal to resolve the equilibrium of power problem that involves a new social contract between citizens, corporations and government.

Do you know the following fact-based story?

A long time ago there was a contract in which it was based on three powers: the first one is the companies' power, this is to shape daily lives; the second is the State’s power that makes these companies fall in line and the last one is the people’s power that consist in choose their respective leaders.

But nowadays, according to Alec Ross in his book “The Raging 2020s”, this balance falls apart. While the market was consolidating, big businesses were approaching Congress. In effect, private companies have had power on a par with countries.

Want to know more? Come and we'll explain the details about this interesting book!

In “The Raging 2020s” with astute analysis, Alec Ross proposes a new social contract to restore the balance/equilibrium of power between government, citizens, and business.

The book has 336 pages and it’s divided into 6 chapters in 2 parts: in the first one, Alec Ross tells about what happened in 50 years to the government, corporations and citizens; the second part he turns to the nature of these international issues.

Alec Ross interviewed the world’s most influential thinkers and worked through the stories of corporate activism and malfeasance, government failure and renewal, and innovative economic and political models.

Who is Alec Ross?

Alec Ross is the author of New York Times best-selling “The Industries of the Future”. He was a senior fellow at the Columbia University School of International and Public Affairs, senior fellow at Johns Hopkins University and Senior Advisor for Innovation to the Secretary of State.

Nowadays, he is one of the world’s leading experts on innovation and visiting professor at the University of Bologna Business School. He is the author of “The Industries of the Future” which won the recognition from Walter Isaacson who said that Ross shows how the future “can be exciting rather than frightening”.

“The Raging 2020s” concerns leaders, politicians, business people and those who care about the future of the world and human beings.

Download "The Raging 2020s" Book Summary in PDF for free

What are the limits of corporate power?

According to Alec Ross' analyses of the rise of corporate power since the 1970s, the most pernicious aspects of capitalism were given liberty as companies understood that the unique metric that worried was shareholder value.

The next fifty years showed the savage cost of this tendency. The corporate gains with power were not felt by the vast majority of employees and citizens.

The author reveals the mistakes of the past fifty years, examines their widest effects and suggests how to change the path, how to avoid the worst excesses of capitalism and allow the world's largest companies to do what they are best at, while benefiting the world.

"The Raging 2020s" tells that the question about the corporate power’s limit connects to the citizens and government. This remains largely within the confines of national borders, asking, beyond the USA, how the other countries can build a better social contract for themselves.

How has government power in developed countries fallen as companies have grown?

The impact is due to several factors, from polarization to brain drain to lobbying, and exploring the changes that will need to happen within and without government to restore some sense of equity.

Alec Ross says which factors are unique to America and which are common to other nations. On the other hand, authoritarian models are gaining ground on liberal democracies throughout the world.

What does the labor movement of the 21st century look like?

The expert on innovation, Alec Ross, says that along with the decline of government power in the 21st Century, the power of organized labor and workers has also fallen.

The same forces of shareholder capitalism that have changed to record profits have also hurt labor, but this shift is influenced by the stagnation of organized labor too.

What's the nature of international relations?

Nowadays, the reality of the world is that many of its biggest concerns are now global. Alec Ross warns that the climate change, human rights violations, tax evasion, cyber warfare, economic crises, pandemics are all issues that affect people in the entire world and require international responses.

Any social contract for the “new world” needs to focus on means to address these issues and reach across borders in a way that the industrial age contract did not.

On the other hand, it’s important to look at the subject of taxes. The tax is like a miniature and serves many of the global issues. On these issues, governments are divided or stagnant and conquered.

The author says that this is the “skeleton key for understanding the limits of the global politics and economy, and the problems that emerge from using a 20th-century set of policies to solve 21st-century problems”.

In cases when governments are hopelessly divided and, in a contradictory way, it is necessary for businesses and citizens to lead. Variables such as data, artificial intelligence, privacy, and cyberwarfare are a great danger when left to governments alone.

According to Alec Ross, for the sake of citizens’ privacy, and as a check on government overreach, it is possible for companies to provide an important buffer between government and citizens.

Other books about Strategy

"Leviathan" by Thomas Hobbes is one of the first treatises on Social Contract Theory. In this sense, the main purpose of the book is to establish arguments for absolutist sovereignty.

Niccolò Machiavelli teaches in "The Prince" strategies for leadership and maintaining power, entering the context of the functioning of the state in his time.

In the book "The Black Swan", Nassim Nicholas Taleb reveals that ignoring uncertainty is a risky step in the strategic environment and that some widely used statistical tools can minimize the effects of these events (black swans) to the point that they are not so effective.

Did you get the new social contract concept in "The Raging 2020s" understanding its context? Did you think this content was useful? Leave your feedback in the comments!

Do you want to read the whole book? Get it now by clicking on the image below.

Don't forget to subscribe to our premium subscription to get access to the audio of this and other summaries in several languages! 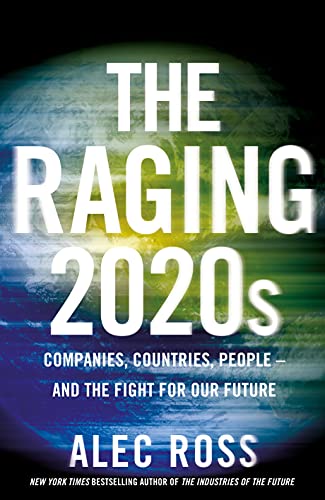